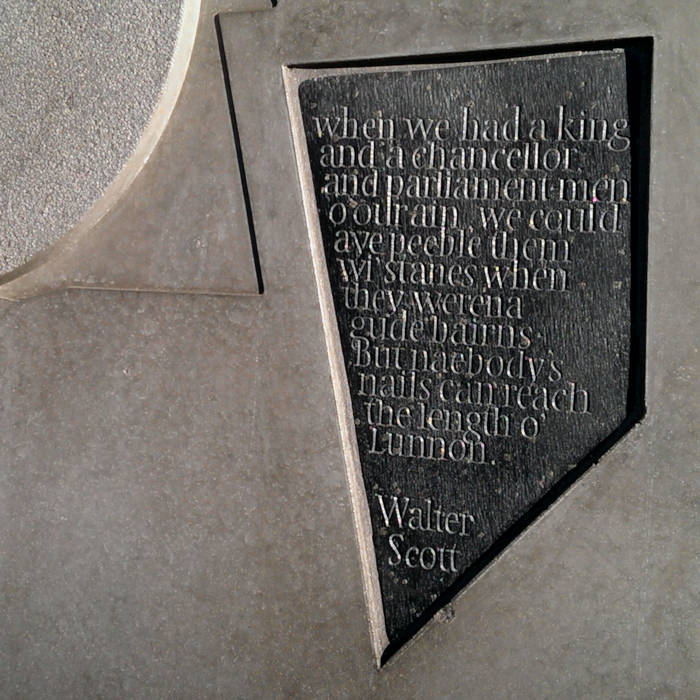 "Such a Parcel of Rogues in a Nation" was written by Scotland's National poet Robert Burns in 1791. He decried those members of the Parliament of Scotland who signed the Act of Union with England in 1707, and so do i. The harmful effects of this union are still very much being felt across the land to this day.

It is worth noting that Robert Burns is not accusing the nation of England of being rogues in this song. The rogues he refers to are those Scottish politicians who took bribes in exchange for signing the Treaty of Union, against the will of the Scottish people.

This is my own version of the song, i hope you enjoy it, please feel free to share.

Fareweel to a' our Scottish fame,
Fareweel our ancient glory;
Fareweel ev'n to the Scottish name,
Sae fam'd in martial story.
Now Sark rins over Solway sands,
An' Tweed rins to the ocean,
To mark where England's province stands-
Such a parcel of rogues in a nation!

What force or guile could not subdue,
Thro' many warlike ages,
Is wrought now by a coward few,
For hireling traitor's wages.
The English steel we could disdain,
Secure in valour's station;
But English gold has been our bane -
Such a parcel of rogues in a nation!

O would, ere I had seen the day
That Treason thus could sell us,
My auld grey head had lien in clay,
Wi' Bruce and loyal Wallace!
But pith and power, till my last hour,
I'll mak this declaration;
We're bought and sold for English gold-
Such a parcel of rogues in a nation!

released June 24, 2021
The lyrics were written by Robert Burns, while the melody was originally found in James Hogg's book "Jacobite Reliques", published in 1819. This is my own arrangement of the song.