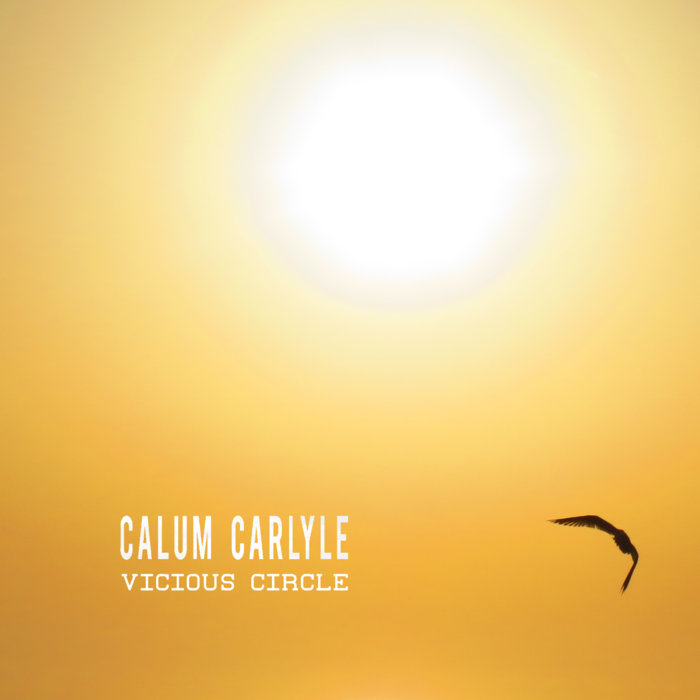 This album has been a long time in the making.
I had always wanted to form a big electric rock band and record this as a big psychedelic double album in a huge expensive studio. That hasn't happened. It's a solo album, recorded largely at home and on the fly, but given the very limited constraints available to me i am very happy with how it all turned out, and i hope you are too.

It contains several tracks written as part of the FAWM or 50/90 songwriting challenges, and many of these are collaborations, the details of which can be found on each individual song's page, and in the liner artwork, for those who download.

I've got a huge list of thank yous, but i don't think i have space for them all. Thanks go to all my co-writers, everyone i've ever been in a band with in The Lapels, The Ferny Brackens, Neoviolet, The Urban Folk Crowd and The Mixed Reactions, my parents, of course, and everyone who's supported and been a part of this ongoing musical journey.

This album is also dedicated to Donald Tiso, a big supporter of local music who would have been one of the first to purchase it, if he were still with us.

I hope you enjoy "Vicious Circle", it's the album i've been trying to make for years, so turn it up, and rock on!

Track Name: Interesting Times (featuring Expendable Friend)
One, two, three, four, five
We'll never make it out alive
Five, six, seven, eight, nine
A, B, C, D, E
This'll go down in history
It's true we live in interesting times
Social justice, massive change
Feels like we're on a shooting range
We're gonna have to hope for the best
Tryin'a make it all work out
Don't even know what it's all about
This life is truly a test

Because now one, two, three, four, five
We'll never make it out alive
Five, six, seven, eight, nine
I said now A, B, C, D, E
This'll go down in history
It's true we live in interesting times
Social justice, massive change
It feels like we're on a shooting range
We're gonna have to hope for the best
Tryin'a make it all work out
Don't even know what it's all about
This life is truly a test, truly a test

In the middle east they've got their conflicts, y'know
And all around the world, there's famine and war
But we turn a blind eye, yeah, because charity begins at home
But we're all part of it so what are we waiting for?
We can't wait any more!

I said now, one, two, three, four, five
We're never gonna make it out alive
Five, six, seven, eight, nine
Yeah well now, A, B, C, D, E
I said this'll go down in history
It's true we live in interesting times
Now, social justice, massive change
It feels like we're on a shooting range
We're gonna have to hope for the best
Tryin'a make it all work out
Don't even know what it is all about
Well, this life, brother, is truly a test, truly a test
Track Name: Burning In My Soul
As i see you through the mist it seems i've found you
Almost as a dream it seems as though it's not true
When i saw you there i stared, i couldn't help it
Floating through the dawn, a perfect, frozen, moment

Your skin, softer than the snow
Your lips, hotter than the Sun
Your eyes, burning in my soul

What am i to do, i couldn't even tell you
What was in the air was everywhere i turned to
There was only time and space for just an instant
Caught forever in my mind, a perfect moment

Your skin, softer than the snow
Your lips, hotter than the Sun
Your eyes, burning in my soul

I gotta get a new toy
I need a new toy

Anyway.....
Track Name: Iron Gates
Behind the iron gates i stand and wait
'Til you take me home
But you never come
Because i'm made wrong
Because i'm defective
That's the reason the gates are here
That's what we're told

So the unloveable wait
Behind this locked iron gate
Sometimes i wonder just who put it here, can i have a clue?
Was it us or was it you?

My hope
Was pinned on you
But you're gone...

Why'd you leave that way?
Why'd you take so long to say?
So many years I thought you loved me
But I was mistaken...

So many memories
So many times we dreamed
Holding hands
But you were just
Pretending
Track Name: Don't Call Me Crazy
I never should have opened up and said
All the things that were running through my head
'Cos you didn't want to listen, to the things i had to say
You just gave me your opinion, and turned away (and turned away)

Now the box is open, there's no going back
You're aware of all the things you think i lack
And you don't want to hear, any other point of view
You'll never listen to me, like i listened to you (listened to you)

Don't call me crazy,
I'm not crazy, I'm not crazy
No I'm not
Track Name: Rule Of The Black Hats (featuring Peter Watkinson)
Code up
Extracted formant, release the format
Check the library
Define
Variable reason
In season, like that
Open the loop, if-then-else is cute
Seek the sought
Weaken the bought
End the line, like that
Rule of the black hat

Lock tight, examine the lines
Distribute denial, exploit targets, strip back
One piece at a time
Firewall down and past the ghosts in the machine
Packet disclose, reload, rewind
Malware
Anywhere
Like that
Rule of the black hat

Open doors
With no key
Seek the flaws
Kill your security
Wanting more
Than you are
Hacker lore
Be the best you can be
Track Name: Try Harder
Pushing shit uphill would be far
Easier than living life like this
You try your best to do your best and
Every hit you aim for is a miss
But where is it leading to?
What do they want you to do?

Okay, you aren't perfect but at
Least you make the effort you don't stop
And all around you charming smiles and
Greasy handshakes rise up to the top
But how did those people win
While you somehow got chucked in the bin?

Something just isn't right
'Cos everything has turned out shite